A show is born 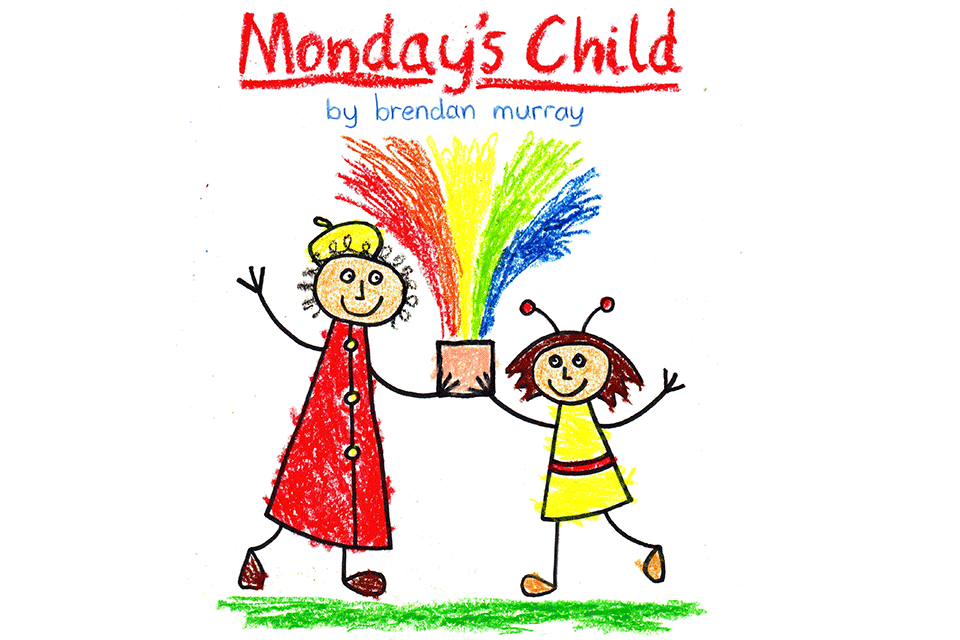 Every new piece of theatre has its unique gestation period, from initial proposal through design, planning and rehearsals to its first public performance. At the start of January, I was asked by Darren Cheek to design his new show, Monday’s Child. A play aimed at children aged 3 to 7, along with their families, friends and teachers, it is destined for a short tour of schools in the Gateshead area, starting on 4 March. Nine weeks isn’t long to develop a show from first thoughts to first performance, so we needed to hit the ground running.

One reason the run-up to the show is unusually short is that we are taking advantage of a funding offer that was only available if the project could finish and sign off its finances and evaluation processes before April. Given the endlessly insecure nature of arts funding, this was an opportunity we couldn’t pass up, but it does mean we are halfway through our preparations with a significant funding shortfall. This situation is not nearly as rare as one would hope in the theatre world, but I don’t envy Darren, who has the ultimate responsibility to chase more funding while at the same time driving the project forward as director. However if needs be, no doubt we will find creative solutions!

The play, written by Brendan Murray, is a sweet, touching and very funny piece about a young girl and an older woman who meet in a ‘white garden’. We quickly discover that the woman is struggling with dementia, and the girl helps her unlock her memories and find her way back to a sense of self. It is upbeat, playful and perfectly aimed at a young audience, but at the same time it is a satisfyingly rounded story that will also appeal to grown-ups. The intention is to involve Age UK, to invite older people to join the children in the audience at each school.

I have worked with Darren on and off for over 20 years, and have designed 4 shows with him as an actor. I also helped with the design and installation of some elements of Passion for the Planet, his walk-through theatre experience at Christ Church Felling last summer. But Monday’s Child is the first time we are working together from scratch as director and designer, and I am thrilled that we finally have this opportunity. Darren and I have very similar philosophies around the creative process, based on the core belief that collaboration is the key to success. Every aspect of the process is shared and discussed, and every thought is examined for what is positive and useful, rather than rejected for what is negative.

The one thing Darren brought to our first discussion was that he would like to stage the show in the round, with the children in the audience sitting in a circle around the action. It is a thought based on the tradition of the story-telling circle that is as ancient as humankind, and is a very natural set-up for the kids. I agree wholeheartedly, although we are both aware that this will present us with some technical challenges as we create the piece.

We then set about talking through the play, finding our own interpretation of the white garden, and the unexplained boxes scattered around it. The events in the play do not make sense if taken realistically, and we choose to interpret the setting as a dream space, somewhere that is both an attic in which a lifetime of secrets are hidden away, and a garden in which to play.

The 2 characters, on the other hand, have to feel real, and we agree that their costumes and props must be as believable as possible. This is particularly important for Mahsa, who will benefit from any support I can give to help her transform into a 5-year-old girl. Karen, playing a woman who is physically not very different from herself, has the easier job in this respect, but the character presents other challenges – how to balance comedy and pathos, how to keep the tone light and accessible for the young audience without sacrificing the depth and truth of the character. Fortunately, I have huge confidence in both actors.

As I write, I am gathering and preparing the props and costumes before travelling up to Gateshead for rehearsals. I like to start rehearsals with everything already bought and built, so the rehearsal period is an opportunity for the cast to become completely familiar with everything they are working with, and we have time to add and adjust, to make things perfect prior to performance. We will be working at Christ Church Felling again for the rehearsal period, and I’m looking forward to the welcome I know we will receive from the Vicar Tom, his wife Mavis, and all the friends we have made up there.

So – a rehearsal space, some props and costumes, a clever script, a couple of funny and imaginative actors… I can’t wait!

Monday’s Child will tour schools in and around Gateshead from 4 March to 17 March 2022. Public performances, with post-show discussion, at Christ Church, Carlisle Street, Felling on Saturday 5 March at 11am and 2pm. Find out more about the show and book tickets.