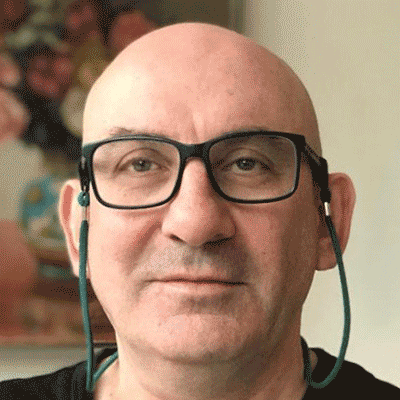 In the early 90s, Doron joined an experimental homeless shelter project in the heart of the Kings Cross area of London. The work at the shelter inspired a change in career from photography to psychotherapy, specialising in the areas of early trauma and psychosomatic symptoms.

In 2003, Doron began co-facilitating a group at the Families Without Fear project. The project aims to tackle addictive patterns of intimate violence which were often expressions of deeply ingrained systems and beliefs rooted in the conflicted and unequal society that we are all part of.

Doron is currently working as a clinical supervisor and is the co-director of Relational Spaces, offering supportive environments from which clinicians can work, train, collaborate and engage in culturally and clinically relevant learning communities.

Inspired by the creativity and commitment of a socially and politically engaged theatre company, Doron is delighted to be bringing his mental health expertise to the Advisory Board of Damn Cheek.