Monday’s Child and the lesson of acceptance 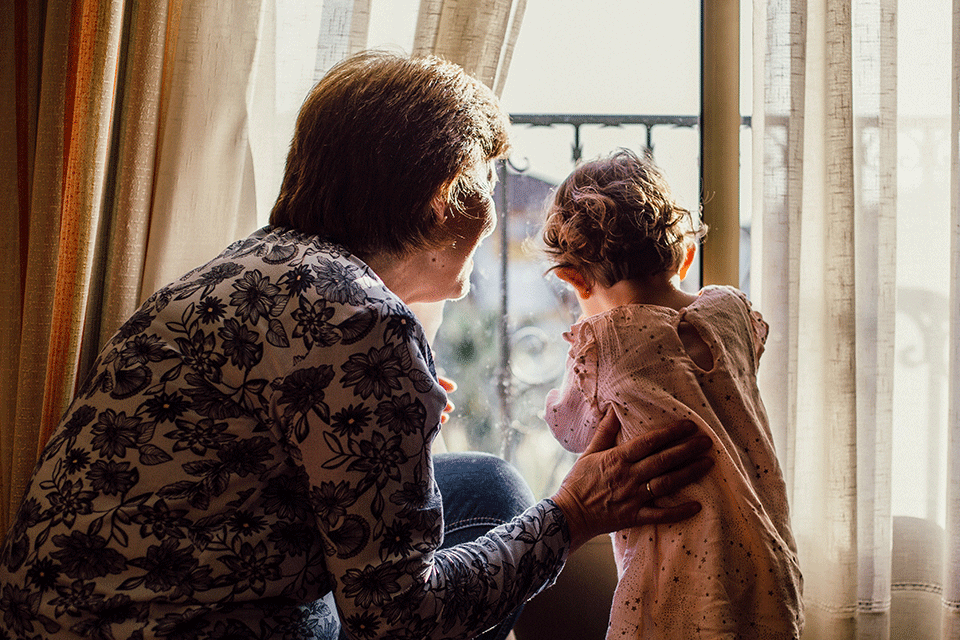 Julie Latimer of Age UK Gateshead writes about the importance of acceptance when a family member has dementia, and about how Damn Cheek’s production of Monday’s Child is helping to spread this valuable message.

Am I a medical expert in the field of dementia? No.

But 9 years of co-caring for my mum Mary (who had Alzheimer’s) mean I count myself as having lived experience of what it’s like to be a family with a diagnosis of dementia. Plus, I have worked for 21 years at Age UK Gateshead – so I see things both personally and professionally.

So when Damn Cheek Theatre Company approached us to work with them on their new production Monday’s Child, I jumped at the chance.

Dementia is becoming more prevalent as people live longer and it can take a while to get a diagnosis. At first, people just put their memory issues down to ‘getting on a bit’ or just plain forgetfulness. People often adapt what they do to cover it up and at first that works. Then things become a little more obvious.

With my mum, we realised that there was something wrong when she became fixated on when her medication was due and that she might forget to take it. She would forget where she had been or what she was about to say, and there were a million other little things that added up to something being wrong.

My mum was actually diagnosed with Alzheimer’s when she was 73 – but she was very reluctant to have the diagnosis ‘made official’. She wouldn’t let us say the word ‘Alzheimer’s’ as it terrified her – though, oddly enough, the word ‘dementia’ was ok.

People who haven’t been around people with dementia in the early stages imagine they could be in care in 6 months, unable to remember who their family are. But in most cases early diagnosis is key to slowing down the development of the disease. With mum, it took a few months to get to the medication stage, and then she was suddenly back with us, although still having memory issues.

We had a family meeting and mum was emphatic she did not want to go into care. We promised that as long as she was safe, we would do everything we could to keep her at home, but once she was no longer safe all bets were off, and she accepted that.

We were warned this ‘back with us’ stage would only last 5 years at the most. And that was pretty much spot on. For those 5 years, my mum carried on living alone, albeit with increasing amounts of our checking in. She went out with her friends, on holidays and on trips. We took her shopping rather than just doing shopping for her, and reminded her to do things instead of taking over. She was still Mary and it was important to let her carry on being Mary.

And this is really what’s at the heart of Monday’s Child. The show is the story of an old woman with dementia and a young child. The child thinks grandma does some funny things but she accepts grandma for who she is and lets her do what she can in her own way. And that is actually the key to living with dementia as a family.

We at Age UK Gateshead have really welcomed being involved with Monday’s Child, as the Damn Cheek team have developed and then brought the show to schools in the Gateshead area. In particular, our service users have often joined the schools groups to talk about what’s important to them so that the children can learn about older people’s viewpoints.

Monday’s Child spreads a hugely important message to the children who watch the show, and to their parents and teachers. Accept your loved one for who they are now, especially towards the end of this cruel disease – and rather than correcting them, rather than attempting to bring them into your reality, move into theirs.

Age UK Gateshead has a whole raft of specialist services for dementia – a dementia Day Centre 6 days a week, Dementia Links workers for advice and support, and Maintenance Cognitive Stimulation Therapy to help slow down the progression of dementia in the early stages.