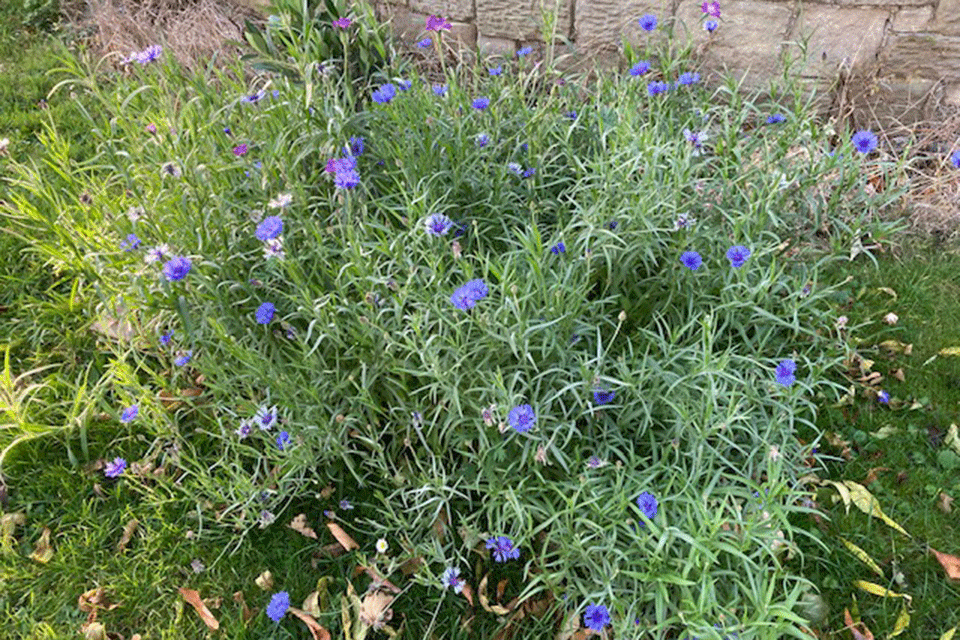 Our Executive Director Tony Earnshaw reflects on January resolutions, and on where our focus should be, in a new poem for the new year.

As part of our show Passion for the Planet last summer audience members were invited to plant seeds and to water them. The result was the vibrant splash of colour pictured above. A reminder that we can create new beginnings, that seeds which we plant can produce something beautiful, an encouragement as we start a new year.

I took the photo on a planning trip for our next project and it was moving to see the bed of flowers, evidence that we had been before and that our activities in Gateshead were bearing fruit already. This gives added impetus and energy to our plans for the summer 2022 project, of which more later.

As we start a new year it’s traditional to make resolutions, many of which fall quickly by the wayside. Maybe it’s more important to plant a seed, something we should be doing every time we write, create, perform.

So, following on from Susan Quilliam’s recent blog invitation to choose a word for the year, mine is ‘planting’ – and my reflections on January resolutions, and on where our focus should be, are embodied in the poem below which, as some of you will notice, leans heavily on Louis MacNeice.