An inspiring, moving yet laughter-filled theatre project focused around ‘legacy’.

From its starting point of the legacy of the Lindisfarne Gospels and their links with the North East, this cross-generational, multi-faith performance challenges us to consider what legacy we ourselves will leave to the world.

Prices: £3 adults, £1 children under 14. Some performances will be ‘pay-what-you-can’. Tickets available online at TicketSource from May 2022 or available on the door.

Performance and workshops will be designed to accommodate COVID-19 restrictions.

In 2022, the Lindisfarne Gospels come on display in the North East of England – the very place they were originally created. The Causeway project celebrates this homecoming.

In the performance, we meet the monk Eadfrith in his monastic community over the causeway in Lindisfarne, as he painstakingly copies and illustrates the 4 main Christian texts.

Then we follow the monks fleeing from Viking invaders to find a home in North-East England, carrying – within their precious Gospels – the legacies of beauty, creativity, faith, care and love. Woven into this history are modern-day scenes offering questions, insights and inspirations on the theme of legacy.

The play, especially created by writer Tony Earnshaw, is a promenade performance containing drama, story-telling, music, clowning, installations, personal stories and audience participation – all in the wonderful setting of Christ Church Felling and its grounds.

During the weeks before performance, there will be preparatory projects in local schools where children create art work, act short scenes, learn songs, dress up, design and make elements for the show, while listening and talking about legacy in the world and to each other. In parallel, students from Newcastle College receive mentoring to support their creative talents, and the broader community is involved in ‘making workshops’: creating puppets, sets, costumes and installations, and developing a bank of personal histories, music and choir performances. The involvement of Age UK Gateshead gives seniors a particular role in the project.

Throughout, The Causeway focuses on the idea of legacy as shown in Lindisfarne Gospels: how the gospels were created, how they have lasted through the ages; how sacred texts connect with the divine; how we learn to care for the planet and for each other.

Damn Cheek always aims to deliver transforming benefit, during the duration of our projects and as a lasting legacy thereafter.

This is particularly crucial now. Much of the Gateshead area has been deeply impacted by recent social challenges during the pandemic. Adults and children have suffered from lockdown isolation, diminished resources and a lack of social support. The Causeway project contributes in a number of ways.

The performance itself focuses directly on the importance of ‘legacy’, an idea then explored through different examples of the legacies of faith, sacred texts, environmental awareness and love. Witnessing the performance creates a variety of transformational insights for the audience, as well as a lasting understanding of the deep messages of the play.

The supporting workshops and mentoring also leave a legacy of appreciation and development of the creative arts, not only encouraging attendance at exhibitions and performances but also nurturing new and existing local artistic talent. In particular, through the schools projects, children are offered targeted development, especially of school readiness skills – reflection, listening, speaking, participation, independence. Involvement in the workshops and the volunteering programmes also strengthen mental health and personal confidence in both children and adults, as well as enhancing practical and social skills.

By developing the project with a strong emphasis on community involvement, we encourage people to reach outside their existing context and explore diverse approaches to life. Further, we create a network of interpersonal relationships, inter-organisational connections, social cohesion and teamwork. It’s significant that the Steering Committee for The Causeway comprises many members who’ve been involved in previous Damn Cheek projects and have returned to work on The Causeway because of their commitment and loyalty around what we do.

Fundamental to the project is a lasting sense of social responsibility, especially around environmental issues. This theme runs throughout the performance itself and also through the outreach programme. In addition, all materials used within the project will incorporate recycled materials and will avoid ‘one-time-use’ products. The set, materials and costumes for The Causeway will also stay with the community – as happened with the sculpture and puppet creations from Passion for the Planet (2021) which are currently on show at Age UK Gateshead.

Finally, we have a strong commitment to evaluating every project we do – and the evidence from these evaluations shows the lasting impact of the combination of performance and outreach which characterises our work.

The Causeway is the second co-production between Gateshead Deanery and Damn Cheek CIC. This gives us an already committed on-the-ground team at the heart of our broad-based Steering Committee.

The Committee includes many from the local community: 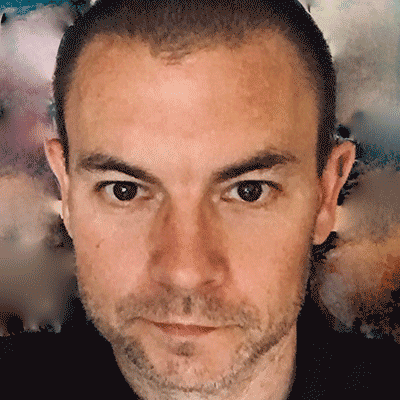 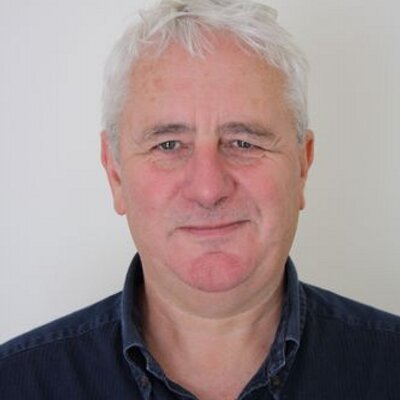 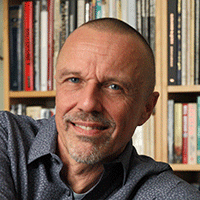 Damn Cheek also provides expertise for the workshops and mentoring which are delivered in face-to-face sessions supported by written material. We also provide a full print and social media publicity programme, along with expertise in funding applications and crowdfunding.

We are very grateful to have already received financial support for The Causeway from Barbour, The Gladiator Trust and The Souter Charitable Trust.

Damn Cheek Productions CIC is an innovative, small-scale touring theatre production company committed to shining a spotlight on social injustice and inequality and creating change through our ability to ‘Provoke, Entertain, Inspire’.

Since 2013 we have been combining performances of original work with community outreach in both single-run and touring formats and in both mainstream and more alternative venues.

Most recently, in 2019 we delivered our successful community production of the Malvern Mysteries at Malvern Abbey, working with a total of 100 cast, crew and musicians. Following this we are proud to have produced 20 new shows during the COVID-19 pandemic.

In early 2022, we delivered Monday’s Child, a 2-week schools-based tour in Gateshead for early years children, focusing on the challenges of later years memory loss. This production was written by award-winning children’s author Brendan Murray and each performance was supported by an interactive workshop and follow-up educational resource material.

Our first partnership project with Gateshead Deanery, Passion for the Planet (2021) was a site-specific promenade performance exploring ecological sustainability and care in the context of multi-faith Creation stories. The project began with schools workshops resulting in 350 pieces of artwork used in the final show, and culminated in 2 weeks of performance at Christ Church Felling combining music, song, dance, mask, puppetry, storytelling and multi-media installations. Watch a short film about the production, including audience response.

We are now hugely enjoying working with Gateshead Deanery to produce The Causeway, which is based on the same ‘performance plus community workshop’ format.

We are keen to partner with funders, organisations and businesses who may want to be involved with The Causeway.

We have received generous support on recent previous community projects from partners such as the Arts Council, Gateshead Council, The Gladiator Trust, the Religious Resources Centre, Well Newcastle Gateshead and Westhill.

This support has been on based our track record of successfully delivering large and smaller-scale productions effectively, on budget, within appropriate timelines and always with vigorous project evaluation. Full details of our work are available on request.

Partnership in the project allows you to make an important, active difference to the Gateshead community as well as to place your organisation visibly at the community’s heart.

Please contact Artistic Director Darren Cheek on 07956 891 110 or at info@damncheek.co.uk.

Want to get involved in The Causeway?

Want to book us to perform The Causeway in your area?

Want to know more about our other projects?

Email us about getting involved