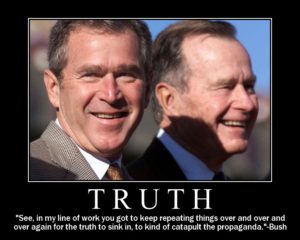 One of the things which has struck me about recent events in politics, both home and abroad, has been the lack of consistency. People interviewed on TV frequently say things like ‘I don’t agree with anything Trump says but I’m voting for him because he understands’ or, conversely ‘I like Corbyn’s policies but I couldn’t vote for him.’

Why?! To an extent I can understand the Corbyn issue. Many people seem to like him but not see him as a leader. But Trump? It’s beyond me how anyone with a moral compass could even contemplate voting for him but leave that aside. If you don’t agree with anything he says, how could you vote for him?

It seems to me that this is an aspect of the clash between the general and the specific. If the detail of the policies are all fine it still doesn’t matter to a large proportion of the voters because their eyes glaze over at the detail. But if the general feel for a party or politician is that they understand or are capable then they’re on a winner. Hence the PM’s insistence on saying ‘Strong and Stable’ in every sentence. It’s not true, but it doesn’t matter. Of course, the proof of the pudding is in the mess at the bottom of the bowl and trusted leaders do fall from grace eventually. Tony Blair did, Theresa May will. Give it five years at most.

The press have a lot to answer for here. A lot is said about the reducing importance of print but to the Mail or Sun reader the banner headlines are enough. You don’t even need to buy the paper, just pass the newsstand slowly. And these papers peddle lies, hatred and untruths on a daily basis. And seem to feel no shame. Plenty has been said about the blame game, the vilification of refugees, ordinary muslims, public figures who speak out. What has been on mind this week though has been the presentation of politics and political figures.

One example – capping energy prices. Dangerous Marxism when Milliband proposed it. Sensible and caring conservatism when May does. The proposals are almost indistinguishable. The press don’t care.

Jeremy Corbyn is a dead man walking. Why? Because the press have rubbished everything he’s said since he became leader, painted him as a dangerous Marxist and the rest. Yet he seems a decent man and his policies are, in reality, not noticeably to the left of Blair or Milliband. Now, he may have contributed to this himself, he may not be a good leader, he may be too intransigent. But it hardly matters. He’s become a figure to distrust. And that is a scandal.

Are Labour’s policies a return to the 70s? Not really, while the Tory policies seem to hark further back – a pre war role for the state, Grammar schools etc. Doesn’t matter, the press have decided. Did Labour create the massive deficit and the financial crisis? No, they didn’t. Conservative governments have a much worse deficit record and the financial crisis was a global one with its roots in the US. Doesn’t matter, that’s not the narrative.

Actually, it does matter. I’m not sure how we combat it but this is a major part of the reason why we’re facing Brexit ( a simple idea and the very real pain it will cause is just too complicated). It’s why Trump is in the White House and why we fail to help the boatloads of people escaping conflict. So what can we do? A few things. Use our vote wisely. Support Hope not Hate. Encourage big business not to advertise in the offending papers. Argue. And think. And hope we can contain the threatened landslide in June.