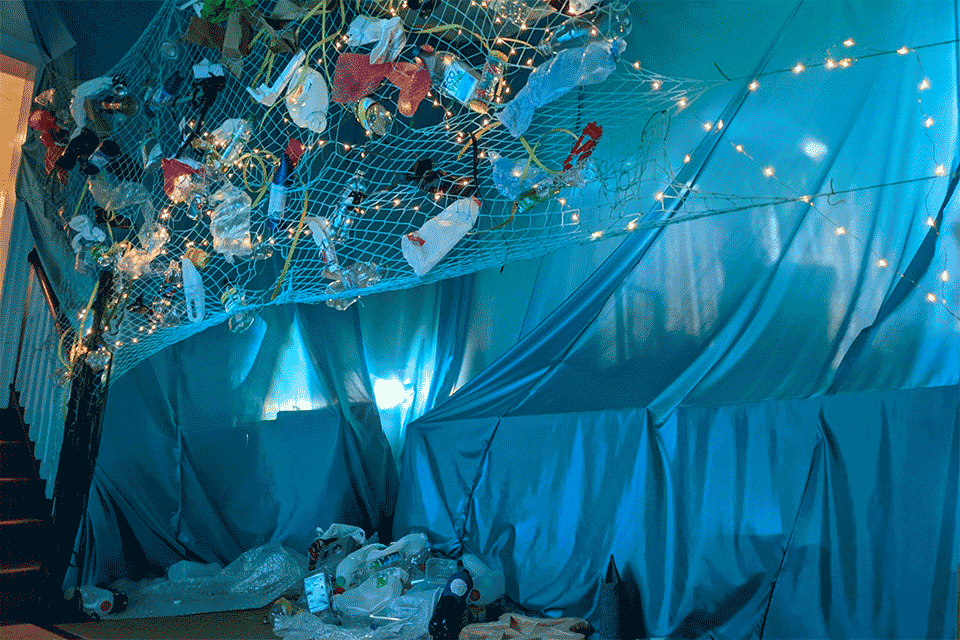 When my children were small we had a book by the late, great, Frank Muir about an Afghan puppy who was always a mess, to the extent that he thought his name was What-a-Mess. It struck me that the same could now be applied to the planet, and what we have done and are doing to it.

The image above is a representation of the mess we’re making of the oceans and is taken from the Gateshead production of Passion for the Planet.

As the name suggests, concern about the state of the planet is at the heart of the show, which is built around drama, poetry, song and story but also features eye-catching design along with masks, wish fish, bamboo animals and more created by members of the local community.

A shared vision and concern had schoolchildren expressing themselves in letter and verse, older people responding, individuals working with bamboo, and audiences planting and watering. What struck me about all this was not just the shared concern but also the hope and positivity as people took part and worked together.

The research element of writing a script is always an educational experience and I was interested to see how the various faiths, with their different takes on the world and different ways of understanding, all had some emphasis on caring for our environment. Secular thinkers also share this concern.

The answer, or a large part of it, is that money shouts louder. But also we have been slow to grasp the simple fact that there is more that unites than divides us and to pull together despite our differences. My hope is that we can turn this round and that Passion for the Planet can help in some small way to help people realise that this is possible.

I also hope that we can stop worrying about whether the solution lies with technology or lifestyles, governments or individuals, and instead allow all these elements to play a part.

Then maybe our first response on looking at the world will not be to say ‘What a mess’.